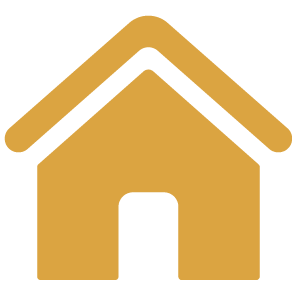 History: The history of Bayou Lafourche can best be told by recounting the history of the French, Spanish, English, and German speaking families who settled its banks in the early 1700's. In less than 200 years, their descendants, joined by Acadians expelled from Nova Scotia, merged those cultures, customs and heritages into a society known as "Cajun Country."

Early settlers explored a descending fork of the Mississippi River that mapmakers had named "LaFourche Des Chetimachas." This distributary bayou, its name soon shortened to "LaFourche," served the early settlers well as a means of communication, a method of transportation, and a source of fresh water. The bayou was even used as a point of reference when giving directions. Today's residents frequently refer to a given location as "up the bayou," "down the bayou," or" across the bayou."

It was not long before a close knit community of farmers and fishermen had extended the length of the bayou village settlement for many miles.

Control of the frequent bayou overflows played an important part in the early residents' settlement pattern. Laws held each landowner responsible for the construction and maintenance of a bayou levee for his own protection and that of his neighbors.

Land grants had a width of less than 600 feet but with tremendous depth. Many farmers and plantations in the early 1700-1800's had a depth of at least a mile and a half. A pattern developed consisting of a narrow bayou front farm with a long "ribbon" of land streaming behind it. Each had access to the bayou, and each had less levee to maintain.

Historians, taking note of the unique pattern of housing development, with one residence after another lined up fronting for about 50 miles from Thibodaux to Golden Meadow, began referring to it as "the longest street in the world." It is said that a baseball thrown from "front yard to front yard" could be started in Thibodaux and be in Golden Meadow an hour later.

Isolation resulted when Lafourche's residents took advantage of having the bayou for a front door and the swamp as their back yard. The bayou contained an unlimited food supply that could be eaten or bartered. The swamps and marshland contained abundant animal life which could be hunted for food or for their pelts.

Perhaps it was their colorful language, maybe their strong religious beliefs and work ethics, or their love of a good time. Maybe it was the sheer force of numbers since families of 15 or 20 were not uncommon, but whatever the reason, in time, the Acadian culture, language, and religion absorbed the others. Within a century of their arrival, Acadian was the predominant culture on the bayou.

Cajun French is a rich tapestry of the French that was spoken in the 18th Century by Acadian and French immigrants and the French and African Creoles who came to Louisiana. Just add some Spanish, a few words from the local Native American tribes, a little African vocabulary and some English together, and the result is the Louisiana French that is spoken by the majority in this state. A switch all living languages that continue to evolve, the accent and expressions of Louisiana French are unique.

French students were not allowed to speak French in schools here and were forced to learn English. When away from school, children spoke French with their parents, friends and neighbors thus mixing the languages together forming Cajun French. Many efforts have been made to preserve the Cajun French language in this area. Groups have been formed to preserve the way of life that our ancestors built. Some excerpts from "The Longest Street" by Tanya Brady Ditto

Industry Information: Lafourche Parish's motto is "Feeding and Fueling America," and this is evident when you look at the Parish's major industries.

Lafourche Parish has a total agriculture farm value of over $98.78 million which has an economic impact of $250 million and is a renewable resource. Lafourche ranks in the top 10 parishes in the state of Louisiana in sugar, citrus and beef. We are the 9th largest sugar parish with over 28,000 acres of sugarcane (farm value of over $27 million with a total of 32 farms). Our two sugar mills grind over 2 million tons of cane annually. We are the 10th largest beef-producing parish with over 18,000 cows, 280 cattlemen and 50,000 acres of pasture with a farm value of over $8.7 million. Lafourche is the 2nd in the state in citrus production with 41 producers on over 100 acres. This is mostly satsumas and navel oranges with a farm value of nearly $1 million. Additionally, we are also the 21st largest vegetable producing parish with 12 commercial producers on 86 acres. The biggest crops are tomatoes, cabbage, peppers, okra and potatoes and the farm value is nearly $600,000. The Parish also has income from timber, hay and other animal commodities (horses, sheep, goats, chickens and pigs).

Lafourche Parish not only "Feeds America" with our crops and livestock, but with our seafood as well. Local fishermen haul in catches of shrimp, crawfish and crabs as well as several species of fresh water and saltwater fish and oysters. Our seafood is sold locally, shipped fresh to New Orleans markets, and/or shipped elsewhere for processing.

To understand how we "Fuel America," look no further than Port Fourchon, where 9 of the top 10 taxpayers in Lafourche operate from and/or utilize their facilities. Over 250 companies occupy the port located at the southern end of the Parish at the Gulf of Mexico. Port Fourchon plays a strategic role in furnishing the country with up to 18% of its entire oil supply. Domestically, Port Fourchon services 90% of all Deepwater oil production in the Gulf of Mexico, where America gets one-third of its domestic oil supply. The port is also the land base for LOOP (Louisiana Offshore Oil Port) which handles 10-15% of the nation's foreign oil and is connected to 50% of U.S. refining capacity. For More information on the oil and gas industry in Lafourche, visit the Greater Lafourche Port Commission website at www.PortFourchon.com.

Because the fishing and oil industries are so prevalent here in Lafourche, the ship building industry also thrives here. Ships and boats used in both industries are fabricated here in the Parish and sent all over the world. Additionally, a large number military vessels are built here as well.